Death is Still the Leading Cause of Death!

Swine flu has hit! Everyone stay in your homes, don't go to work or school or do anything, don't even breath.
150 people in Mexico, mainly Mexico City have died due to the flu and the time to panic is now!
Wait a minute! My Hitchhikers Guide to the Galaxy still says "Don't Panic" on the cover.

At last check Mexico City had almost 9 million people living there, do I really have to explain the ratio of people who have died or even suffering from swine flu to the whole swarm of people still living, and didn't we just go through all this with Peanut Butter and Tomatoes.

Yes flu is serious, and I don't intentionally take people suffering or dieing for granted, but the fact of the matter is people die. Everyday so far, and more will today. Some from swine flu, some from another form of flu, others from traffic accidents, electricity and I think there is still at least couple of wars out there, and I'll bet some where in the world a circus clown was trampled by an elephant.

I know it's the job of Local or National newscasts to find a way to make you crap your pants, but the numbers suggest that you will make it through the day okay. In fact I read a book(I'll find it and mention it on the next Radioaffliction podcast)that stated you have a better chance of winning the lottery than being killed by a terrorist. I read another book that stated you have a better chance of being killed by a terrorist than getting married after 40(joke).

So there you have it. You are going to live. Until you don't and then you won't have anything to worry about. You will be another statistic for something and a bunch of people will send their thoughts and prayers to your family.

With Host Peter A. Clay with Robert King and Intern Ivan.

Topics include:
Dreadful post from Drudge Retort on UFO's in Roswell, New Mexico.

Ron Paul's video about succession and Texas and it's okay to talk about(?).

The retirement of John Madden and more!

Radioaffliction Vol. 9.25 The Sound of Inevitability!

Special edition of The Radioaffliction with host Peter A. Clay this time joined once again by CK.

Follow up to Vol. 9.2 without the snarkiness of Robert King!

Topics include:
Follow up on knowing when Tiger Woods is going to win.
The renaming of The Sears and Freedom Towers.
And a continuation of our discussion on how you would handle success if you knew it was inevitable.
Enjoy! 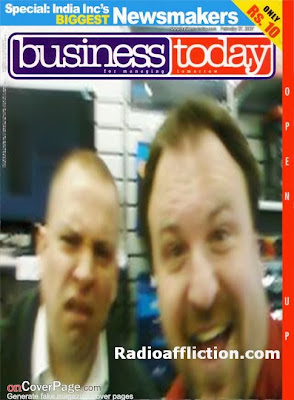 The latest edition of The Radioaffliction with host Peter A. Clay joined by Robert King.

Topics include:
A special thanks to Leo Laporte, and Archive.org for inspiring and supporting The Radioaffliction!

We respond to a comment from our last show from Laurel Kornfeld about Pluto being a Planet(in Illinois)!

How I celebrated Earth Hour!

The Sham Wow Guy Slap-Chopping a Prostitute in Florida.

How can a non-sports fan get interested in Golf if you know Tiger Woods is going to win?

And we dare to answer the question from Elyse Hope Killoran, "Would you function differently in your business if you felt success was 'inevitable'?"
Plus much more!
Enjoy! 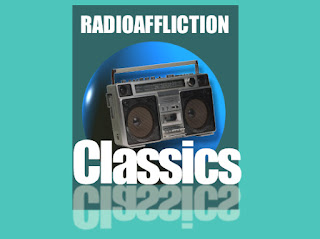